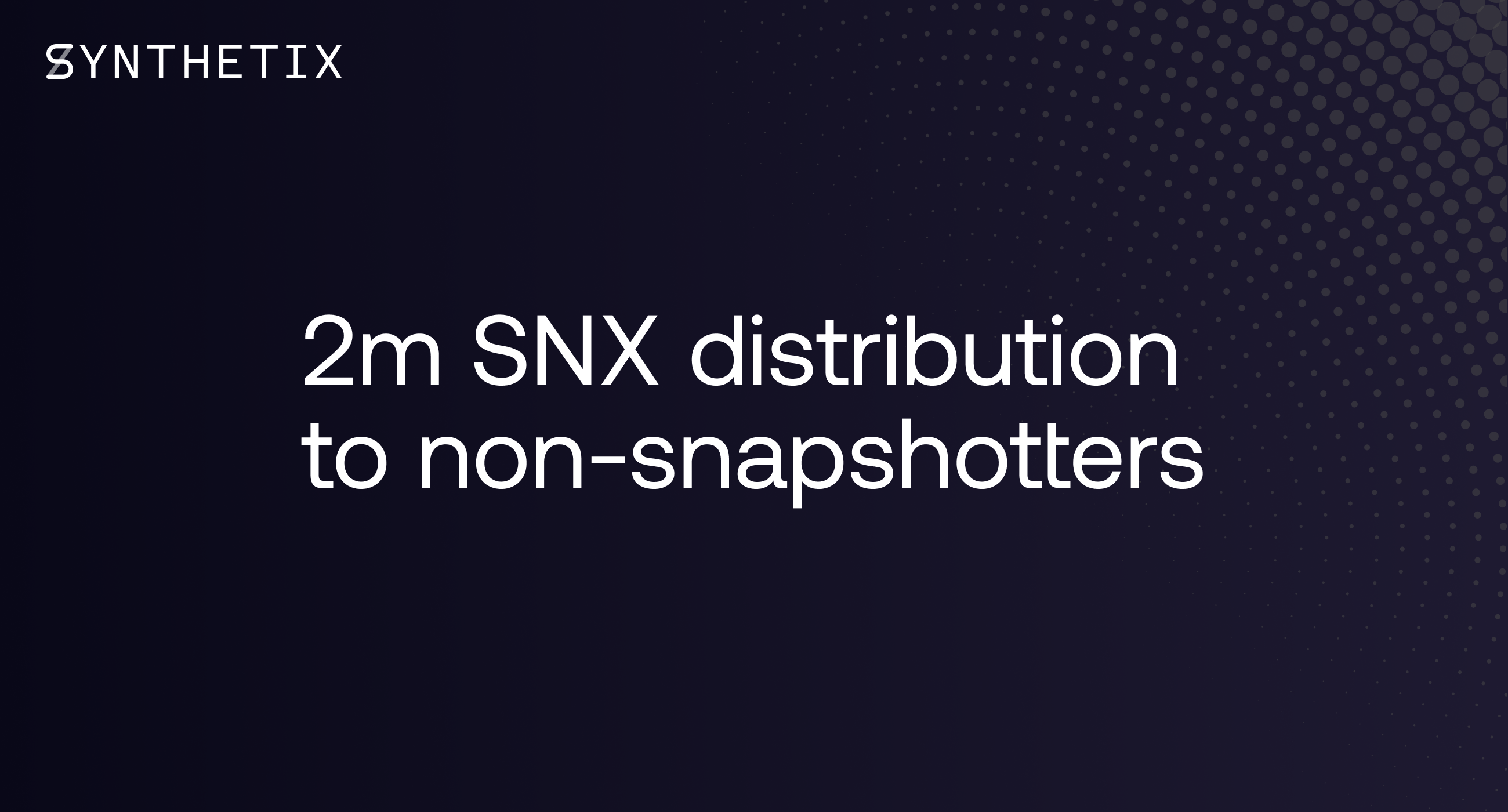 We announced ahead of the Achernar release that we would be distributing 2m SNX from the foundation treasury to SNX stakers who did not participate in snapshotting. The plan was to wait until Hadar was released to distribute these tokens to disincentivize continued snapshotting. However, after reviewing the last two snapshots it appears that the recent Betelgeuse release has significantly reduced the amount of snapshotting activity. We therefore want to distribute the SNX earlier than previously announced ahead of the snapshot tonight to help stakers who may need to improve their c-ratio to claim rewards this week.

The rules for the distribution were announced in this post. We have pulled the on-chain data and applied these rules to produce the distribution list linked here (in the Export tab). We have tried to reduce potential false positives as much as was reasonable to ensure that minters who did not snapshot do not miss out. However, if you have been flagged for snapshotting and believe this is an error please leave a comment on the spreadsheet and we will investigate over the next week. The allocations for excluded stakers have been withheld from the distributed 2m, meaning only ~1.8m has been distributed. This provides a buffer for any false positives to still receive their rewards.

Thank you to all of the SNX stakers who have waited patiently for this distribution. Hopefully this helps to offset some of the impact of the recent debt increases. Come join us in Discord if you’ve got any questions.