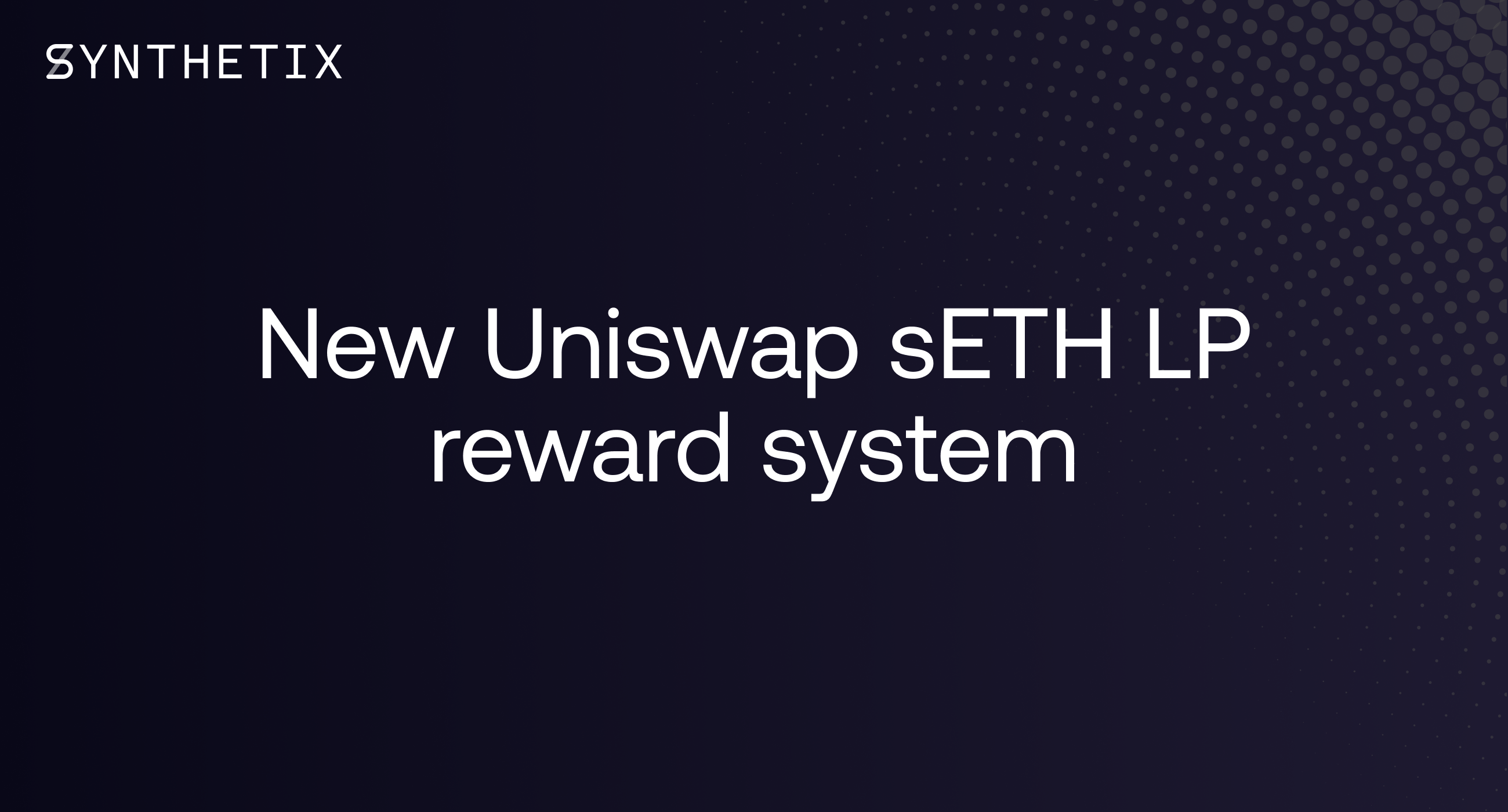 After the upcoming Achernar release, sETH liquidity providers in Uniswap will be required to stake their LP tokens to claim their SNX rewards. This post will outline the details on the transition. The staking process began as manual-only but we have since added a UI to Mintr. You can read the audit report from Sigma Prime for this new contract here.

The fee period snapshot occurred at ~8pm Wednesday, February 19 (AEDT). This marked the end of the final period where rewards were distributed by the multisig signers.

After this snapshot, there will be a 3000 block (12 hour) transition period to allow LP’s to stake their LP tokens in the new Unipool rewards contract.

In order to start accruing rewards you must stake your LP tokens to the Unipool contract.

Once this is done you need to go here

Once you have staked your LP tokens you will begin to accrue rewards as soon as the SNX rewards are deposited to the contract at the end of the transition period.

3000 blocks after that snapshot, at around 8am Thursday, February 20 (AEDT), LP’s will need to stake their UNI-V1 LP tokens in the new sETH LP smart contract.

From this point forward LP’s can claim the SNX rewards they have accrued at any time as rewards will be continuously calculated. However, they do not need to be claimed each period — rewards accrue for as long as they wish.

LP’s can claim whenever they want via getReward() and as long as they leave their UNI-V1 staked the rewards will still accrue.

Unstake any portion via withdraw(amount) or call exit() to both withdraw all staked UNI-V1 and all SNX rewards.

Initially rewards will be claimed via Etherscan’s contracts using Metamask (we will add the contract details here when it is live). But in the next few weeks, we will integrate claims into Mintr.

The contract is now live and you can interact with it via metamask and etherscan. We will have a Mintr update out after Achernar is released to manage the unipool contract.

If you have any further questions, the SIP (Synthetix Improvement Proposal) outlines the process in further technical detail. Otherwise, come join the conversation in Discord!