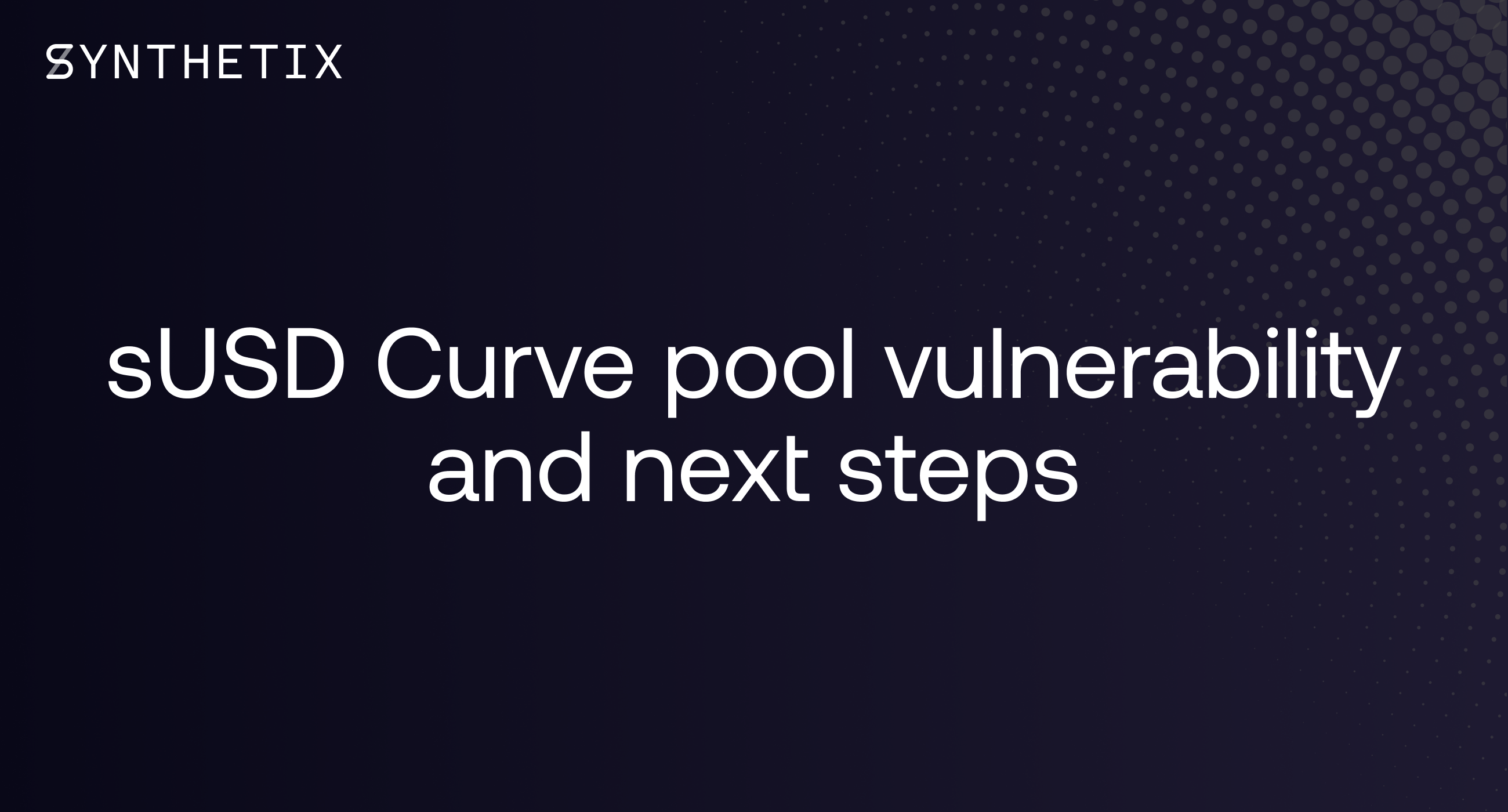 This morning (AEDT) a critical vulnerability was discovered in the Curve sUSD pool contract. The Curve team has paused the pool so no funds are at risk. The Curve team is also preparing a disclosure around the specifics of the vulnerability. Please note there are no known issues with the sUSD token contract or other Curve contracts.

We encourage anyone contributing liquidity to the sUSD Curve pool to withdraw it while we plan the migration to a new contract. The instructions on withdrawing liquidity can be found later in this post.

The Curve team will deploy a new non-interest bearing pool for sUSD, USDC, DAI USDT. We will transition the SNX incentives to this new pool later this week after community review.

Curve has been working on an implementation of Curve that utilises Aave for all tokens in the pool. The changes required to this pool necessitate an audit which will be arranged as soon as the new contract is ready. Once the audit is complete and any remediations are performed, the Curve team will deploy this new pool. We will then transition the SNX incentives to this new Curve aPool using (aUSDC, aSUSD, aUSDT & aDAI). We will also ensure a simple mechanism for transitioning between these pools is available.

If you are contributing sUSD liquidity on Curve to earn SNX rewards, then you first staked your Curve liquidity tokens (yCurve) into the staking contract on Mintr. To withdraw, select the “Exit: Claim and Unstake” option.

Then go to https://iearn.finance/earn and unwrap ySUSD by selecting sUSD, entering your full balance in the right box, and selecting “Claim.”

Go to https://beta.curve.fi/iearn/withdraw, where you can convert your yDAI+yUSDC+yUSDT+yTUSD token into DAI, USDC, USDT, and TUSD.

Here is a video made by the Curve team demonstrating the full process:

As always, stay tuned in Discord or via Twitter for any further information.