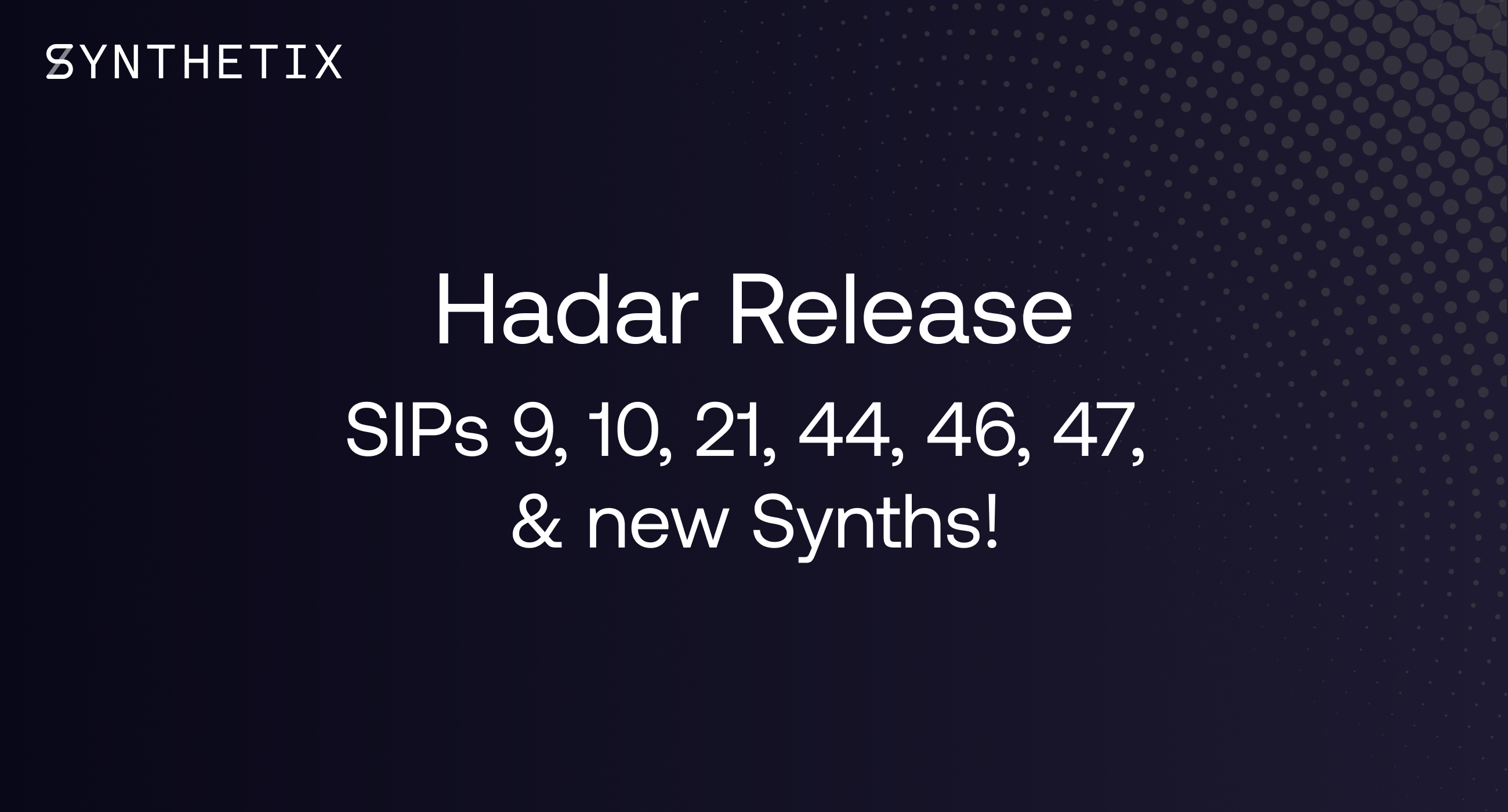 Next week (March 31, 12pm AEDT), we’re deploying an upgrade with several protocol improvements. The system will be down for several hours while the upgrade is deployed. During this time, users will be unable to interact with the system, including using Mintr or Synthetix.Exchange, and transferring SNX or Synths.

Here’s what is included in this release:

One week claim window (SIP-9) — The ability to claim fees and call other functions from a delegated address will allow us to reduce the claim window to 1 week. This will tighten incentives and remove the current c-ratio maintenance lag.

Improved Delegation Powers (SIP-10) — Upgrading the number of functions that can be called by a delegated address will improve the user experience and allow for claiming, trading, minting and burning via mobile apps and other low security interfaces without compromising the security of assets.

Deprecate swing fee (SIP-21) — Revert the doubling of fees when moving from long to short Synths.

System pause (SIP-44) — The addition of a time delay means that in an emergency scenario the contracts must be pause-able, the proposed solution is to allow any signer of the protocol DAO to pause portions of the system and require the DAO to reset.

Address resolver gas optimizations (SIP-46) — The Achernar release increased the amount of gas used in Synthetix transactions. This aims to reduce that.

Prevent empty exchanges (SIP-47) — This will fix an edge-case that was introduced with SIP-37 that reduces exchanges, burns and transferAndSettle invocations down to the user’s balance – even if no settlement occurred.

New synths: eight new cryptoassets, Brent Crude oil, the FTSE 100 Index and S&P Global 1200 Index (SIP to come) — We will be adding a range of new Synths to the system. These include eight new crypto Synths that will be determined via Discord and added to this post before Hadar. We will also add a Synth tracking Brent Crude oil as well as two new indices, the FTSE 100 Index and S&P Global 1200 Index (determined via Discord poll).

This release is called Hadar,’ which like all releases is named after a star (in order of visual magnitude). If you’ve got any comments or questions about the release, please submit it at our GitHub Issues page or come join the conversation in Discord.